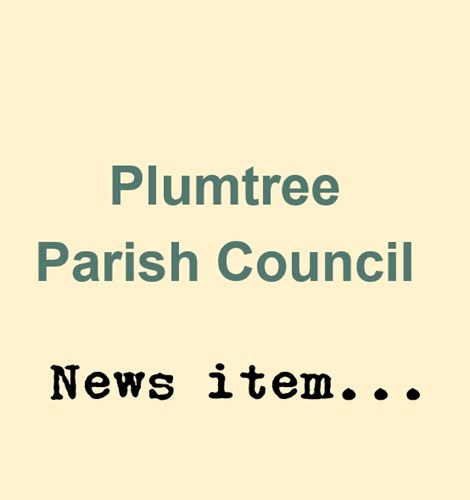 Parish councillor Mike Bylina has again been elected as chairman of Plumtree parish council and has thanked members for their decision. He has advised them that while he was happy to take on the post for a further 12 month period he would not be seeking office again after the end of his current period, and therefore will not seek re-election in 2023.

Parish councillors in general are due for re-election to the council in May next year.